On April 16, 1878, an order issued from the headquarters of the US Army, District of the Clearwater officially established a new fort at the present location of North Idaho College. Construction of the fort began that summer, and the first buildings completed were barracks for the men, quarters for the single officers and cottages for the married officers and their families. The Chapel was among the next buildings constructed in 1880, along with the commissary, quartermaster building, hospital, post hall and powder magazine, and the stables.

The Fort Sherman Chapel is Coeur d'Alene's oldest church, school, library, and meeting hall. Fort Sherman was closed in 1900, and the buildings and property were sold at public auction in 1905. Developers bought what is today known as the Sherman Park Addition, which included the Chapel. Over the years, many denominations used the Chapel for church services. Concerted effort began in 1934 to preserve the Chapel. In 1942, the Athletic Round Table held the Chapel in trust and began repairs of the structure. To ensure the preservation of Coeur d'Alene's oldest standing building, the ART donated the Chapel to the Museum of North Idaho in 1984.

Today, the Fort Sherman Chapel is used as a venue for various history programs and can also be rented for private events such as meetings and weddings. 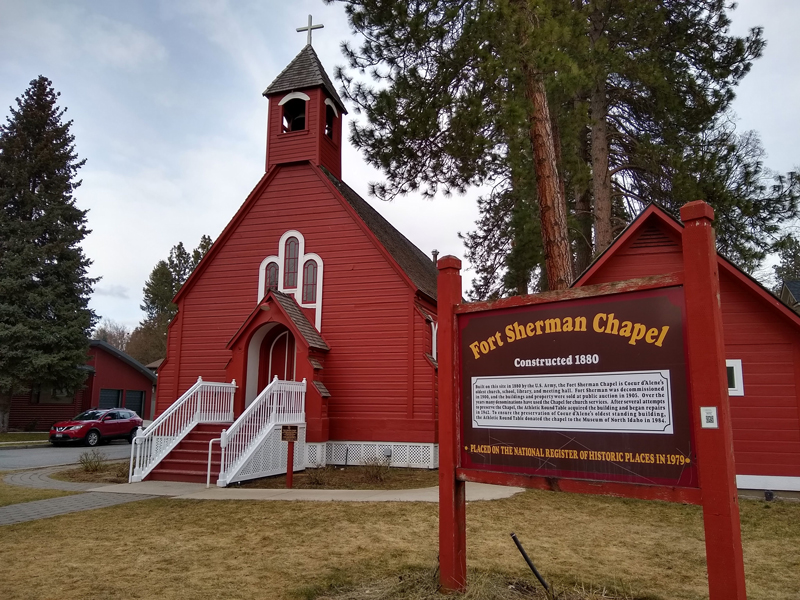 This smoke chaser cabin was moved from its original location along the Coeur d'Alene River in the Coeur d'Alene National Forest as a part of the Nation's 1976 Bicentennial celebration. It was built in 1924 by Bill Guernsey and Pete Jackson. The cabin was dismantled and donated to the Museum of North Idaho before being moved to its current location on the North Idaho College campus.

The Big Hank Cabin was one of many cabins used by seasonal fire crews called "Smoke Chasers." During fire season, the Forest Service manned a system of fire lookouts and cabins linked together by pack trails and telephone lines. Lookout spotters would dispatch fire crews when needed. When not fighting fires, the fire crews did trail maintenance. Supplies were packed by mule to lookouts and crews working fire suppression. The use of pack mules was critical during fire season to get supplies and equipment to crews in areas where vehicles could not pass. 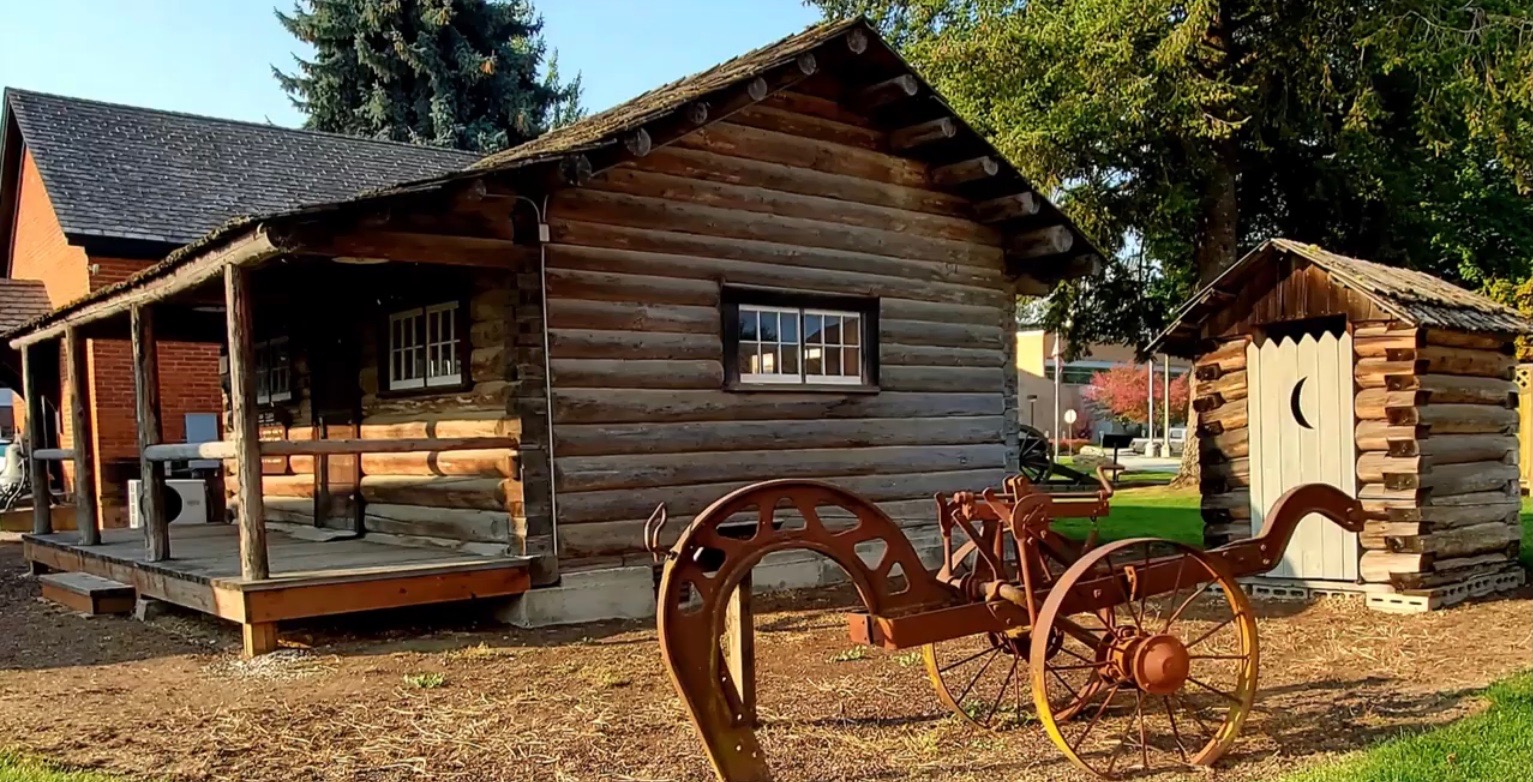